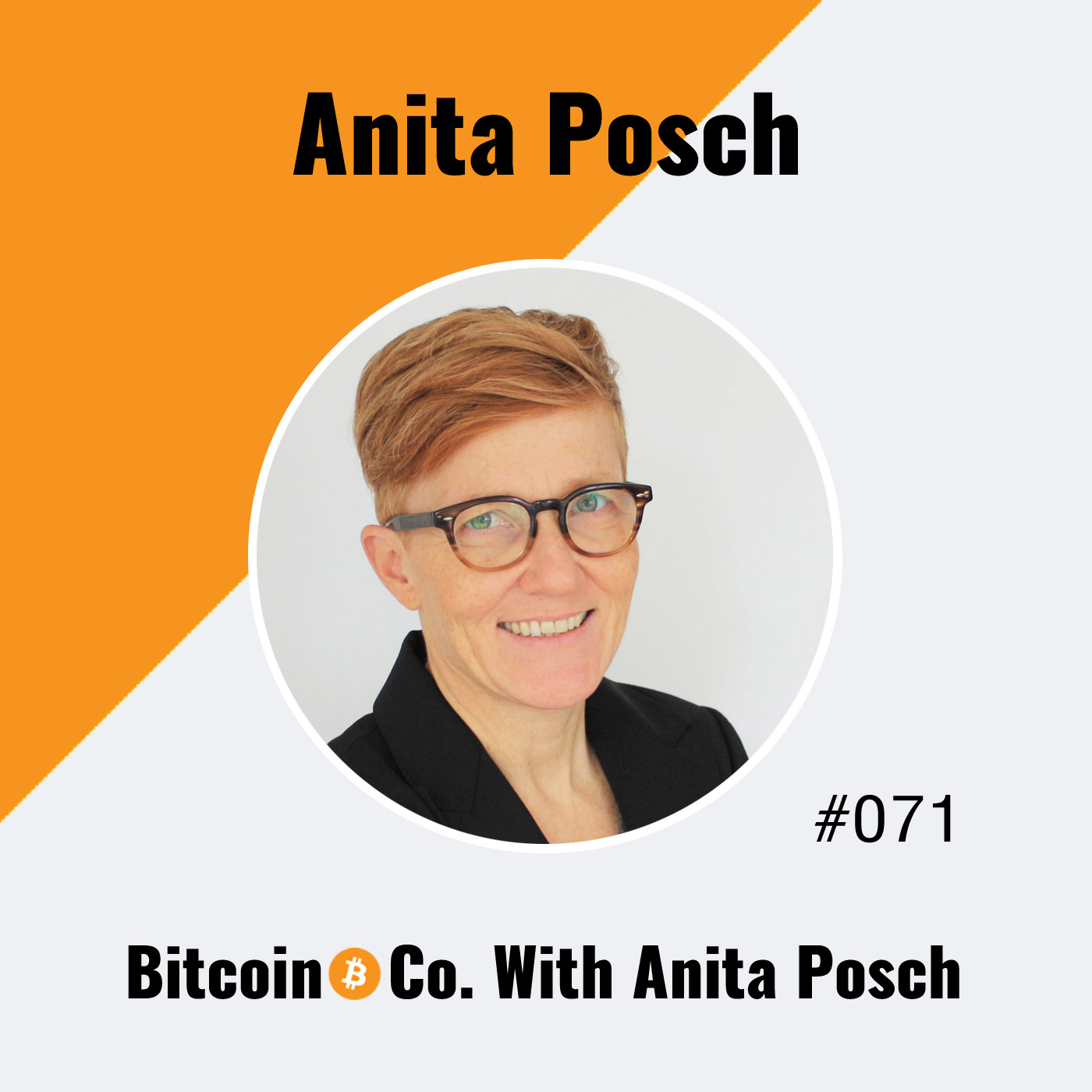 Lina Kather from the crypto-exchange BTCBOX Japan in Tokyo invited Anita Posch to do an interview about her Bitcoin experiences in Africa, the reasons why she is doing the work she does, her takes on Altcoins, privacy, the importance of the Lightning Network and why she believes that Bitcoin will stay the world’s dominant cryptocurrency in the future. "I think that Bitcoin will stay the most dominant cryptocurrency in the world, because its roots are like grassroots, its networking effect, it has grown from some nerds who used it at the beginning, to a worldwide known money, this is huge without having a company behind it or any marketing money or something like that." – Anita Posch 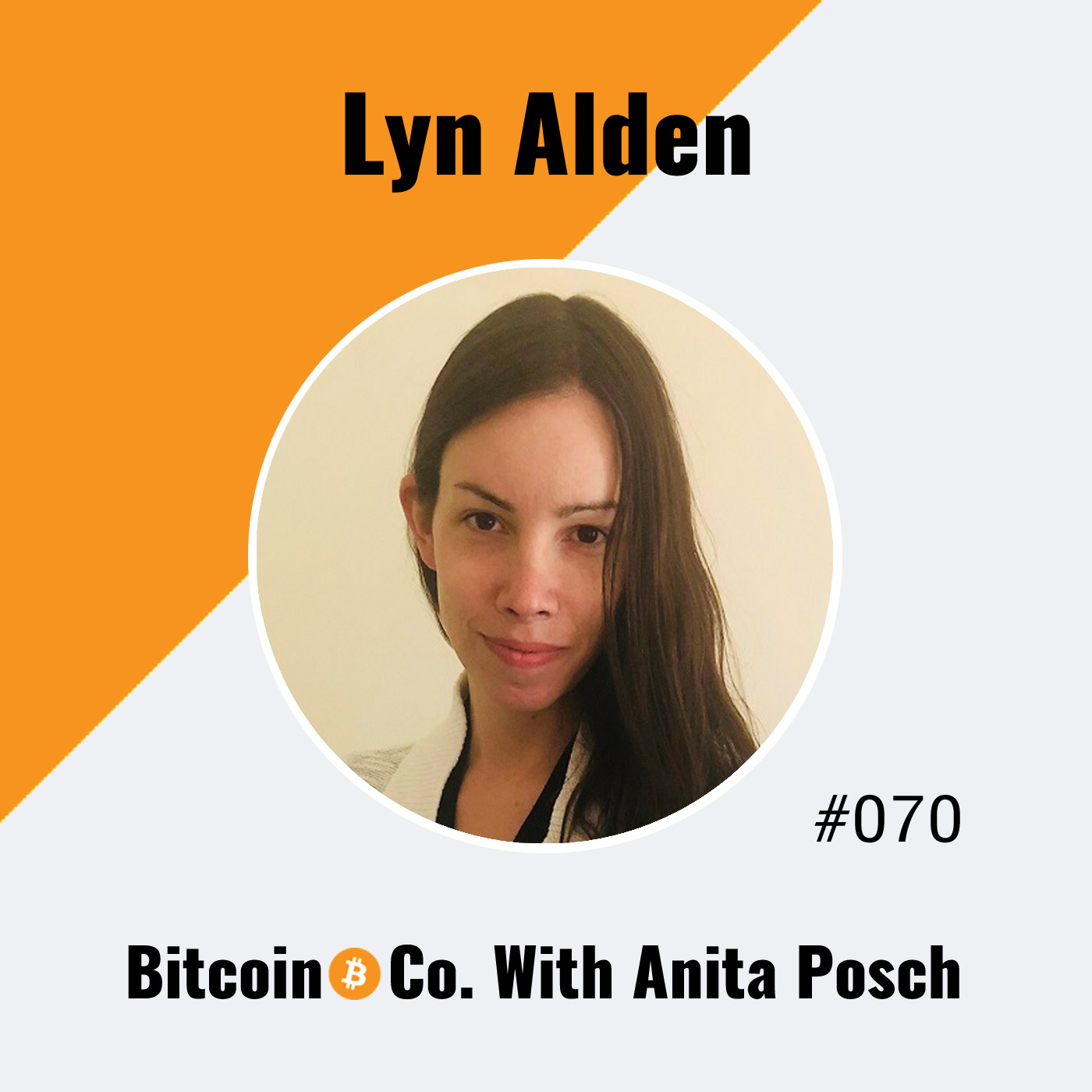 Lyn Alden is bullish on Bitcoin, because: "The first reason is, that, Bitcoin has demonstrated that it has a pretty strong network effect over time. The second reason is the halving, most of the bullish price action of Bitcoin tends to happen in the first year or two after a halving. And then the final reason was the macro backdrop, it pretty much, couldn't be better for Bitcoin and also for things like silver and that's because with so much money printing with so much bailouts happening, if you look at it historically, just whenever debt levels reach this high, there's usually some sort of a macro economic event like a currency devaluation that happens over the subsequent decade." 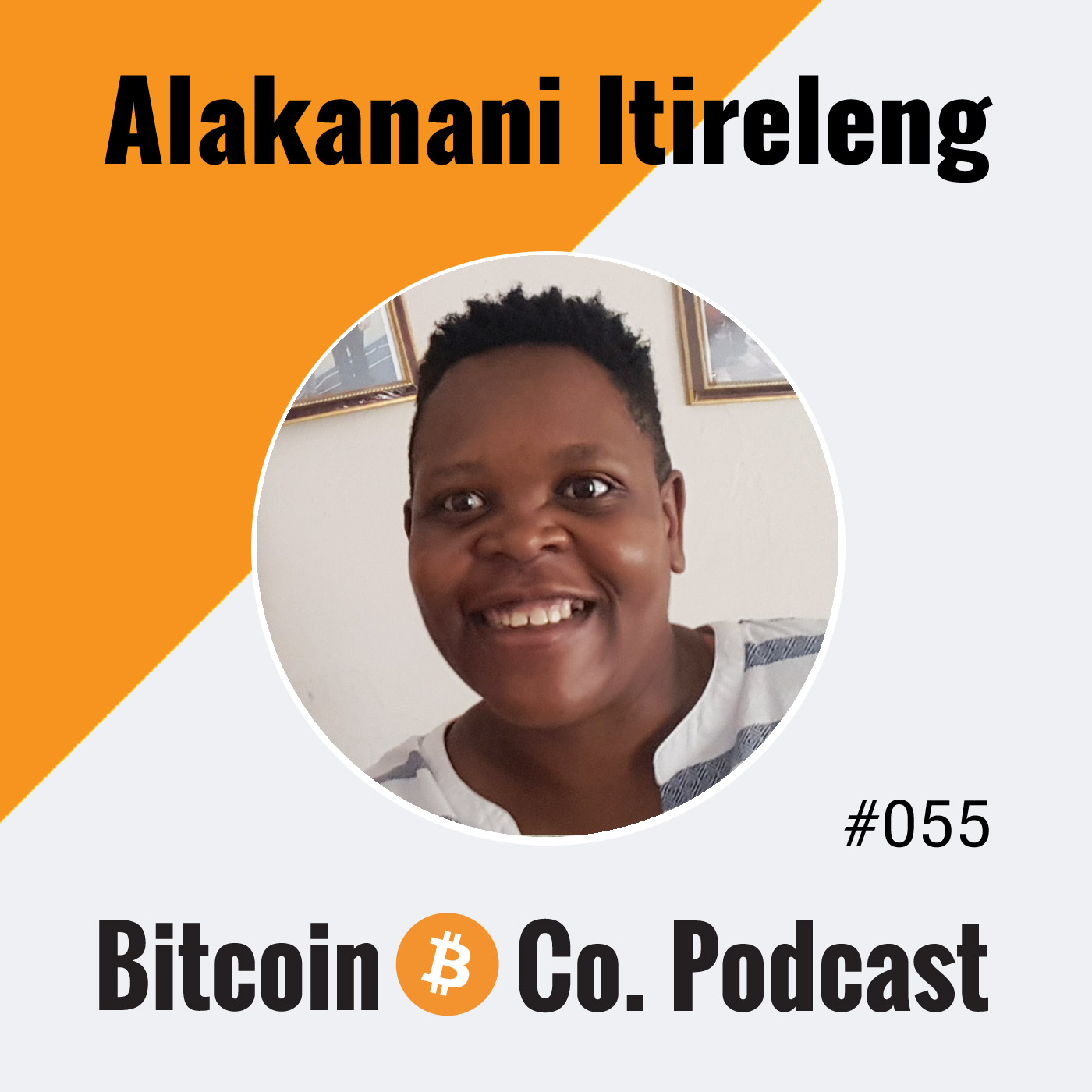 Bitcoin in Africa: The Ubuntu Way - A six-part series

In February 2020 I travelled to Zimbabwe and Botswana to see if and how Bitcoin is used in these two Southern African countries. In the first two episodes you learn about the general living situation in Zimbabwe which leads to interviews with bitcoin early adopters, digital entrepreneurs and human rights acitvists.

“Bitcoin is for everyone, Bitcoin is the currency of love.” – Alakanani Itireleng

Go to Bitcoin in Africa 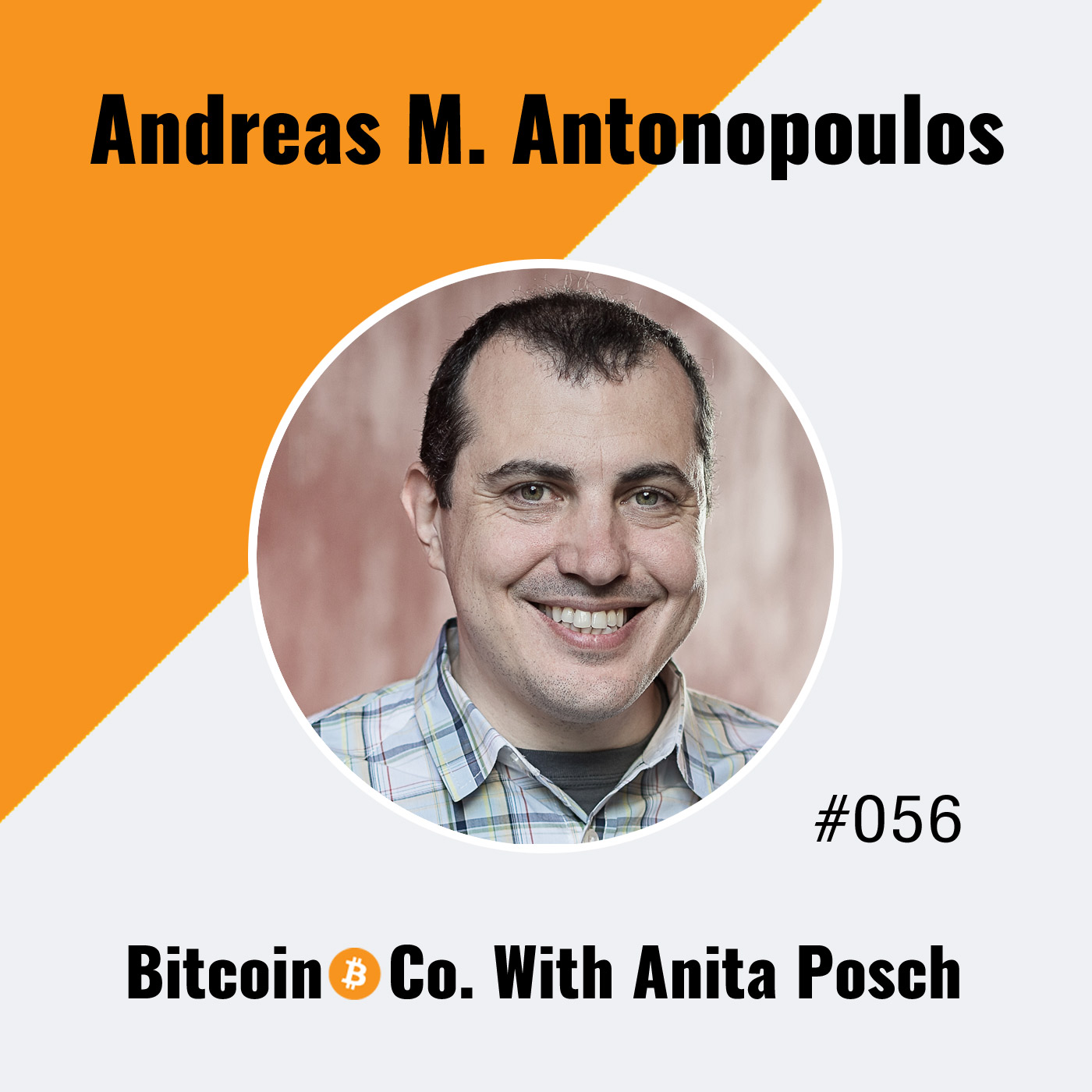 Andreas M. Antonopoulos: Bitcoin Removes Power From the Few and Gives It to the Many

Today’s guest is one of my favourite people in the space Andreas M. Antonopoulos. We are going to talk about the adoption of Bitcoin, censorship and fake news, the use of Bitcoin in Zimbabwe, corporate and nation state digital currencies, why he does not believe in Austrian economics, why the so-called “left” does not embrace Bitcoin and more. 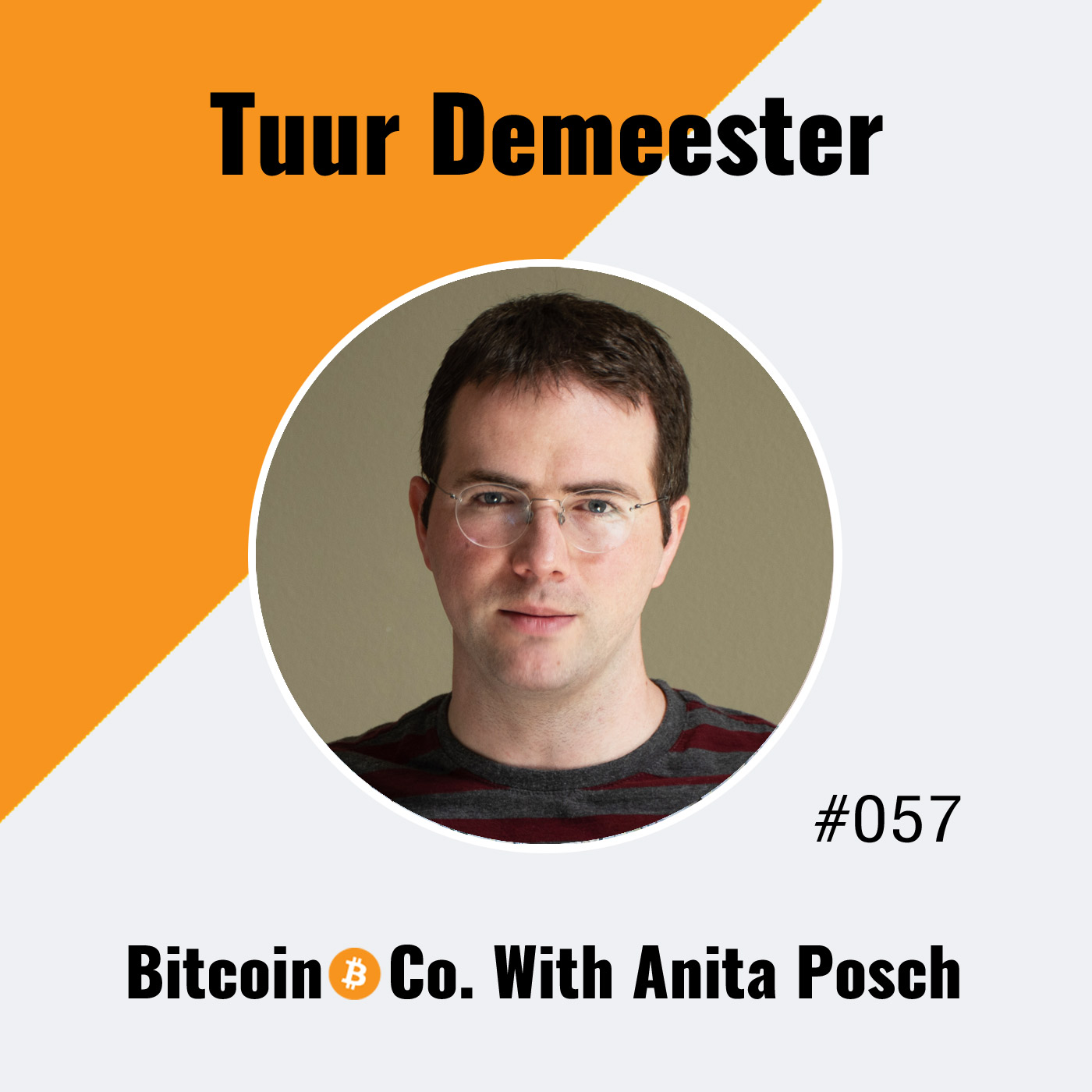 Tuur Demeester: The Bitcoin Reformation in Times of COVID-19

Today I am talking with Tuur Demeester, who recommended Bitcoin as an investment to his readers at $5 back in 2012. I would say Tuur is a philosopher with a greater perspective and an historical approach to today’s developments. We discuss his findings in his paper “The Bitcoin Reformation”. Published that at the end of 2019 he is drawing comparisons between the Dutch reformation in the 16th century and the emergence of Bitcoin in this century. This bring us to discuss COVID-19 and Tuur’s thoughts on the impact of this crisis on the Bitcoin reformation and he tells us which assets will stay liquid and accessible. 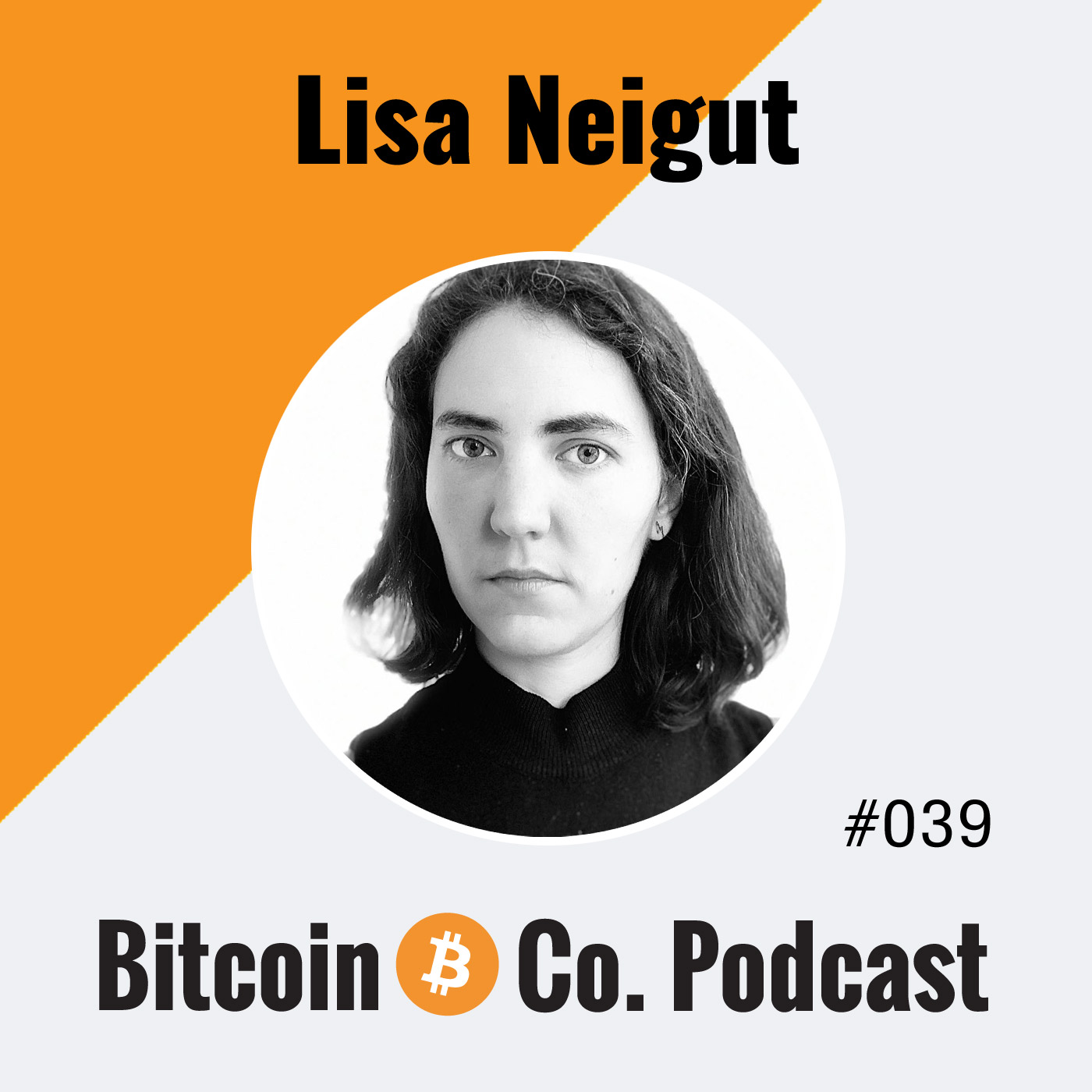 Lisa Neigut: Bitcoin Is Mind-Boggling Cool and How She Became a C-Lightning Developer

Lisa Neigut is an engineer and developer at Blockstream working on c-lightning. We met at the Lightning Conference in Berlin in October 2019 and talked about a variety of topics ranging from quantum experiments, Bitcoin in general, stocks as currency, to the future of the Lightning Network. Before that she was working at Squarecash and at Etsy as an Android developer. People who want to start a career in programming and technology should listen to her story of how she got hired as a lightning developer without fitting the profile. 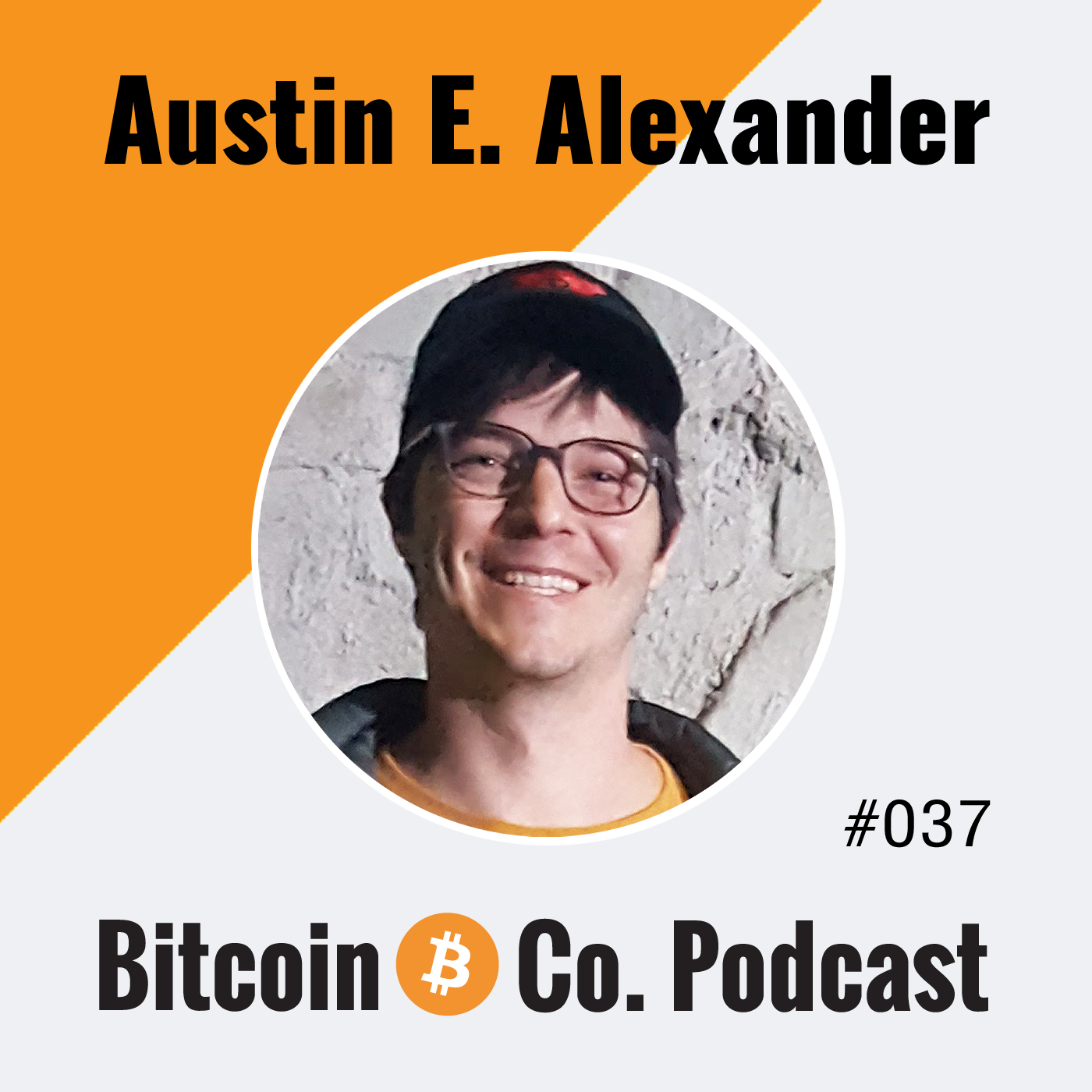 Austin E. Alexander is working for the office of the CEO at Kraken. He joined Kraken at the end of 2013. Back then, Kraken had only 20 to 30 employees. Today it is one of the biggest and most respected crypto exchanges in the world. I met Austin at several bitcoin conferences and at the Baltic Honeybadger in Riga in October, we finally sat down to chat about his career and the developments in the bitcoin space since 2011. In 2013 he was co-founding the Bitcoin Center New York with Nick Spanos. He talks about how enthusiastically they have built the center and about the problems they ran into in the dawn of the Bit License. We also discuss his learnings in 2019 while visiting Uganda, Somalia, South Africa and Zimbabwe and much more. 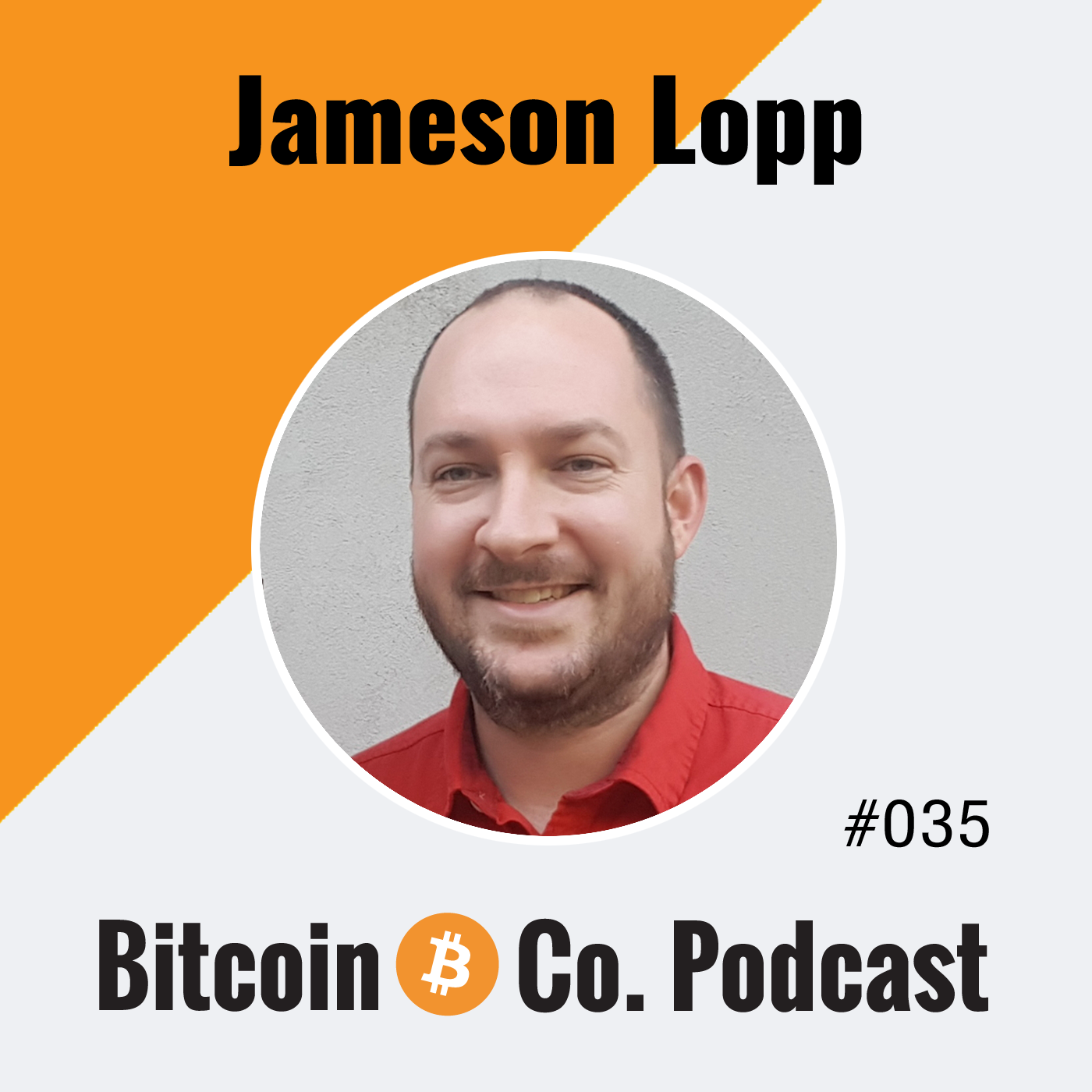 Jameson Lopp is very well known in the Bitcoin space for his wide expertise on security, technology and privacy. He is maintaining and curating a Bitcoin resources page with links to valuable information on Bitcoin and since his house was swatted by police in 2017 after an unknown attacker reported a false hostage situation, he is a cypherpunk at heart. Jameson is the CTO at Casa, a company devoted to providing products for personal sovereignty. 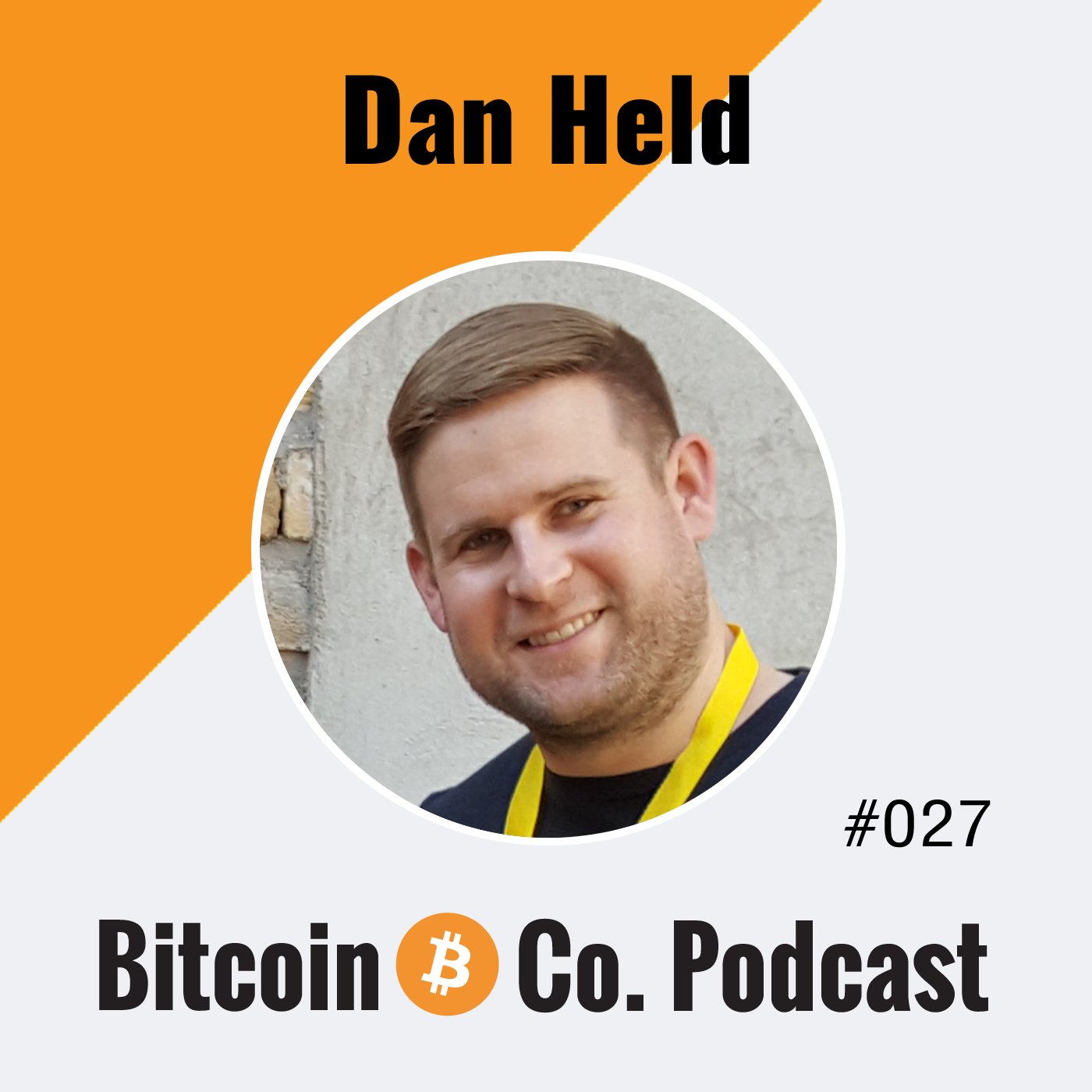 Dan Held is the Director of Business Development for all products of Kraken. Kraken is one of the worlds biggest and well known cryptocurrency exchanges. Before that he co-founded and developed products like ZeroBlock and Interchange, that were aquired later on. In between he served in the rider growth team at Uber. He lives and works in Silicon Valley. We met at the Baltic Honeybadger Conference in Riga and discussed topics like the bitcoin distribution, what he finds surprising about Satoshi Nakamotos ideas, a possible bitcoin supercycle that’s in the making and much more. 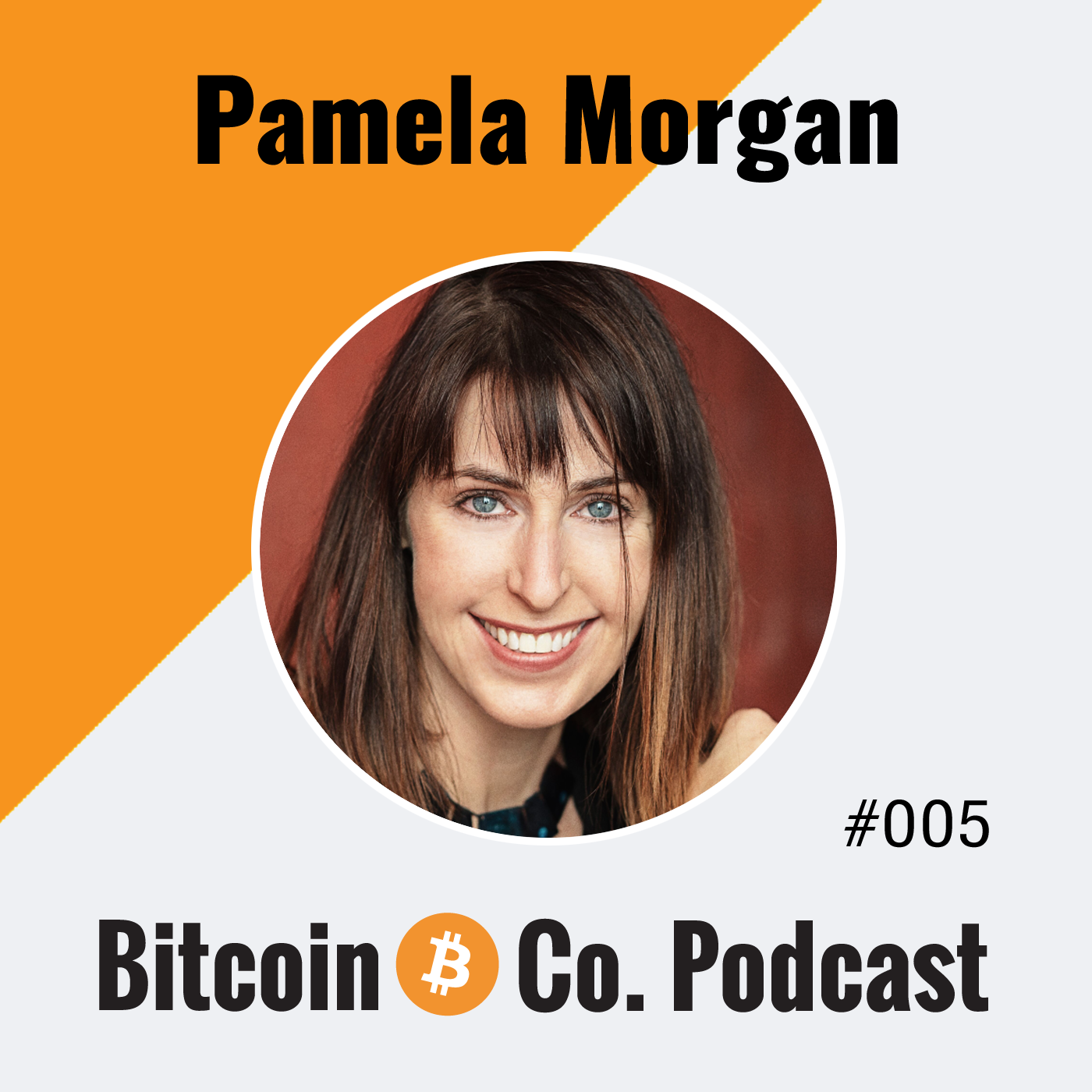 In this episode I am talking with Pamela Morgan. She is the author of “Crypto-Asset Inheritance Planning: A Simple Guide for Owners” a book about strategies to store your private keys for bitcoin and other digital assets safely for your heirs. Pamela is an educator, attorney and entrepreneur. She has studied Business and Computer Programming before pursuing a Juris Doctors degree. In early 2015 Pamela has founded Thirdkey solutions (with Andreas M. Antonopoulos as CTO), a key consulting firm that works with individuals and organizations to improve the security of their crypto-holdings and ensure these assets are accessible in the event of crisis, death, or disaster.

Thanks to my sponsors 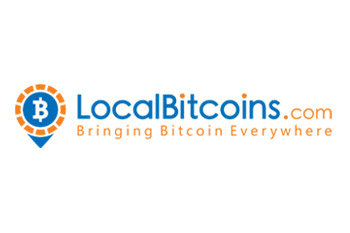 Order a Card Wallet here and get 20% off! 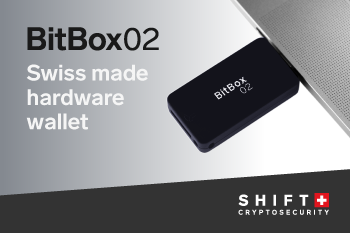